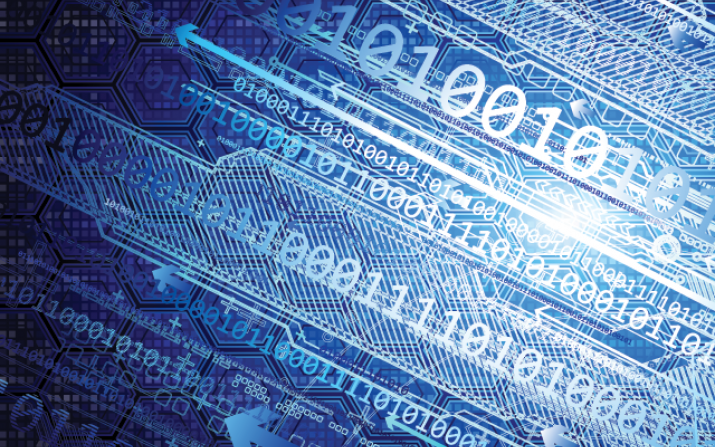 Case Western Reserve University has launched a new institute dedicated to advancing research on the Internet of Things. The Institute for Smart, Secure and Connected Systems (ISSACS), will lead specific initiatives in data science, cybersecurity, networks, embedded systems and more.

The Internet of Things—the network of billions of physical devices that can connect to the internet and each other—is generating data at an exponential rate; this new institute, led by the Case School of Engineering, will help the university leverage its strengths in sensors and electronics, networks and communications, systems and control, data science and analytics, and other related technology fields to operate on the leading edge of this rapidly growing area of research and opportunity.

ISSACS will bring a number of current initiatives under the same research umbrella, including two DOE-funded projects to develop smart sensors for more energy-efficient buildings and new algorithms for managing solar energy systems, as well as initiatives in advanced manufacturing and efforts to build stronger cybersecurity education and research programs in Northeast Ohio.

The new institute also builds on other recent investments at Case Western Reserve, including the recruitment of five new faculty members with specific expertise in related fields under the institute’s purview, as well as the establishment of an endowed professorship in data science and analytics and a new commitment for graduate student scholarships—both from Case Western Reserve alumnus and former Microsoft COO Bob Herbold.

Herbold's $2.6 million commitment to an endowed professorship helped launch the university’s data science initiative in 2014, and his new $1.5 million pledge for graduate student scholarships is a key element within the new institute.

“Data is essential, but it’s part of a much larger equation,” said Herbold, who earned his master’s degree in mathematics and a doctorate in computer science here. “Just as important is knowing what information to collect, how best to collect it, and how to keep it safe. This new institute draws on Case Western Reserve’s unique strengths to provide leadership in the rapidly evolving realm of the Internet of Things.”

In simplest terms, the Internet of Things (IoT) is the network of all of the physical devices with the ability to connect to the Internet and one another: The fitness tracker you wear on your wrist. The thermostat that lets you set the temperature at home from the office. The tiny box in your car that alerts you to signs of trouble before a part breaks. And so on.

When Herbold announced his professorship two years ago, about 3.8 billion of these devices existed worldwide. Today the figure is 6.4 billion—an increase of more than 65 percent. Progress is happening so quickly that experts can’t even agree what the figure will be in 2020; estimates range from 20 billion to nearly 40 billion. No matter who is right, three points are clear:

How enormous? Global management consulting firm McKinsey & Co. puts the total impact between $3.9 and $11.1 trillion by 2025, with business-to-business functions totaling more than two-thirds of the amount, far outpacing the consumer market. More specifically, McKinsey predicts the IoT will comprise 11 percent of the global economy within nine years.

With its new Institute, the Case School of Engineering will be able to blend its broad engineering strengths in with specific disciplinary expertise. Consider, for example, a device that measures heart function and transmits the information back to a hospital for review. Faculty from electrical and computer engineering, computer science and biomedical engineering all could play integral roles in its development; so too could professors involved in cardiology, internal medicine and nutrition—as well as scholars in health policy, economics and bioethics.

“The potential of this institute comes both from Case Western Reserve’s historic areas of prominence as well as our longstanding record of interdisciplinary collaboration,” President Barbara R. Snyder said. “We are seizing a moment in time where we are uniquely positioned to pinpoint new opportunities and offer groundbreaking solutions.”

Engineering Dean Jeff Duerk said the seeds of ISSACS began to take root in 2013, when President Snyder became chair of the Business Higher Education Forum (BHEF), a national organization of more than 50 CEOs of Fortune 500 companies and academic institutions.

As part of BHEF’s efforts to encourage engagement between industry and faculty to identify and meet emerging needs, Case Western Reserve consulted with area business leaders and found data science to be among their top concerns. In response, Case School of Engineering developed its data science initiative, which includes both academic minors and an upcoming undergraduate degree.

Later that same year, Duerk tapped Ken Loparo as the new leader for the school’s electrical engineering and computer science department, and tasked him to develop a new strategic plan that integrated degree programs in electrical, computer, and systems and control engineering and computer science for the area. The more Loparo and his colleagues spoke, the more promising synergies began to appear—not only within the department, but across the school and university:

“Smart Building” Sensors and Networks: These can be homes, office buildings or factories, where sensors can measure everything from energy and ventilation and adjust settings based on usage standards and outdoor temperatures. Just last year, Assistant Professor Philip Feng and Loparo received a $750,000 “incubator” grant from the U.S. Department of Energy to test some of their newest concepts. These include a device that can harvest energy from vibrations within and outside a building—for example, people moving or cars passing by—for its power. The professors are partnering with Intwine Connect LLC, a Chagrin Falls company now with offices on campus.

Advanced Manufacturing: Since 2014, Case Western Reserve has been actively engaged in the building of the National Network of Manufacturing Institutes, a federal initiative designed to encourage development of promising new areas within the manufacturing sector. Case Western Reserve has worked with partners in higher education and other sectors on such topics as flexible electronics, lightweight materials, direct-digital manufacturing, smart manufacturing and additive manufacturing. Including networked sensors in these efforts would provide data during the processes involved in making these new kinds of materials and products. Through this feedback, manufacturers can quickly adjust their operations to improve energy efficiency, reliability and product quality, and also minimize costs.

Energy: This summer, Case Western Reserve is collaborating with a handful of companies and utilities on a $6.3 million federally funded demonstration project that focuses on ways to strengthen the nation’s electrical grid. Working at three sites—including one on campus—the team will test ways to integrate solar power and solar forecasting with more efficient system control and power load management. As part of the effort, researchers will use “smart” devices to assess and enhance the entire system’s performance. The award is part of the U.S. Department of Energy’s SHINES (Sustainable and Holistic Integration of Energy Storage and Solar PV) program.

Cybersecurity: Case Western Reserve is one of four founding members of the Northeast Ohio CyberConsortium, an organization launched last fall to increase collaboration among private, public and nonprofit organizations in identifying and neutralizing online threats. With the support of a National Science Foundation grant, faculty at the engineering school and Cleveland State University have collaborated on the development of a curriculum that teaches undergraduates the fundamentals of hardware and software security. Students participate in several experiments to gain firsthand knowledge about security threats and solutions. In the final project, student teams try to infiltrate the hardware and software of other team projects to learn how to protect systems more effectively. ISSACS will build on this work to identify additional ways that higher education can work with regional partners to strengthen the security of the devices and networks that compromise the Internet of Things.

Experts agree that establishing confidence in the safety of information is critical to realizing the positive predictions about the benefits of the IoT. But establishing that confidence is going to be expensive. Leading technology research and advisory firm Gartner forecasts that, by 2020, more than half of all business processes and systems will involve the Internet of Things. At the same time, Gartner reports, security for IoT will be about 20 percent of organizations’ total security costs—as compared to 1 percent in 2015.

Such trends are a key reason why an advisory group of university alumni in Silicon Valley urged the Case School of Engineering to include security in the institute’s efforts. These graduates—representing well-known firms such as Google, Apple, Y Combinator, NVIDIA and Yelp as well as serial technology entrepreneurs and academics—have provided insight and ideas since the engineering school first gathered them for regular meetings in 2012. The school also meets regularly in Boston with a second group of technologically oriented alumni.

“These individuals are not only thought leaders in their fields,” Duerk said, “but also have direct, practical experience in areas where we want to develop and advance excellence in teaching and research. Their observations and recommendations have been invaluable as we consider strategic choices for our future.”

In recent years, the engineering school has recruited five new faculty whose areas of concentration fall within the institute’s auspices. The appointments have bolstered Case School of Engineering’s capabilities still further in data analytics and informatics; integrated circuits and device electronics; wearable systems for health care; electric grid optimization, operation and protection; and information and complexity theory as they apply to decision and control systems for connected systems.

Herbold’s initial commitment to an endowed professorship perfectly aligns with the institute’s aspirations, while this new graduate student scholarship program will provide invaluable support to students in fields directly related to ISSACS as well as other areas. The engineering school dean will select the recipients, who will bring a record of exceptional academic achievement and demonstrate significant potential to excel in their chosen areas. The winning students will be known as Herbold Scholars.

“In an era where competition for the world’s most talented graduate students is more intense than ever, Case Western Reserve must be able to offer meaningful financial support,” Herbold said. “These awards will demonstrate the engineering school’s seriousness about the promise it sees in those candidates and, I hope, draw more of them to campus.”

In addition to Herbold’s commitment to the endowed data science professorship and graduate scholarships, the school also has raised more than $6 million in new faculty endowments for computer science, electrical and computer engineering, and wireless health. With the official launch of ISSACS, the Case School of Engineering plans to pursue additional funding to support faculty recruitment as well as new and enhanced laboratories and equipment.

“We are gratified by the federal awards we have received, and extremely appreciative of the philanthropic support alumni and friends have provided to advance this vision,” Duerk said. “We are hopeful that the more people learn about ISSACS and donors like Bob Herbold, the more moved they will be to engage with our efforts.”